Today we’re getting a preview into the Shaman class and how it will play in the upcoming Expansion, World of Warcraft: Legion

Welcome to our World of Warcraft: Legion class preview series. In this entry, we’re exploring the Shaman—to find out what’s in store for a different class, check out the overview.

We continue our early look at class and specialization design with the Shaman. In these blogs, we’ll be exploring class identity, discussing Legion’s new designs, and presenting core combat abilities for each specialization—laying out the foundation upon which talents and Artifacts will build further. With that in mind, let’s delve into what it means to be a Shaman in World of Warcraft.

For millennia, since the primitive tribal cultures of Azeroth and Draenor, the natural elements of the physical universe have been celebrated, feared, and even worshipped. Mystics sought communion with the earth, air, fire, and water, and learned to tap into their raw power. In time, these spiritual guides came to understand that nature’s elemental forces aren’t wholly benevolent, but have, in fact, been locked in an unending conflict of chaos and primal fury that once consumed the physical realm. So began the calling of the Shaman, to bring balance to these volatile energies, leveraging their intensity to mend wounds . . . or inflict them.

The use of totems is integral to the Shaman archetype, and we’re addressing some persistent issues with their mechanics. For a long time there have been significant constraints associated with totems, like the fact that they can only be dropped at the Shaman’s feet, or that they only have 5 health, or that no more than one of the same elemental type can be active at one time. While these constraints were intended to ensure that totems felt unique, they ultimately drove us to creating strange tools to allow the Shaman to bypass such constraints, such as Totemic Projection or Totemic Persistence. In Legion, we’re eliminating this awkwardness and simply removing the constraints.

Totems of the same nature type can now be summoned together, allowing you to have Healing Stream Totem and Healing Tide Totem up at the same time. Elementals are no longer tied to totems, but are guardians that follow and assist you. Totems’ maximum health will always equal a percentage of your maximum health. In addition, totems that need to be placed at a specific location will be directly placed using a targeting reticle. If you want to place Earthgrab Totem in the middle of a big pack of nasty orcs, you can do that without having to run into that nastiness or use a separate spell to throw the totem there. In general, totem mechanics are concentrated around temporary effects (either beneficial or hostile) in a localized area, as opposed to “maintenance buff” cooldowns you need to make sure are up at all times.

Finally, we’re bringing needed clarity to Shaman resources, particularly to move away from disguising a couple key resources as buffs. Lightning Shield charges for Elemental Shaman, Maelstrom Weapon charges for Enhancement Shaman, and Mana have all been replaced for Elemental and Enhancement with a new resource: Maelstrom. Mana is a fitting Restoration Shaman resource and will remain for that spec. 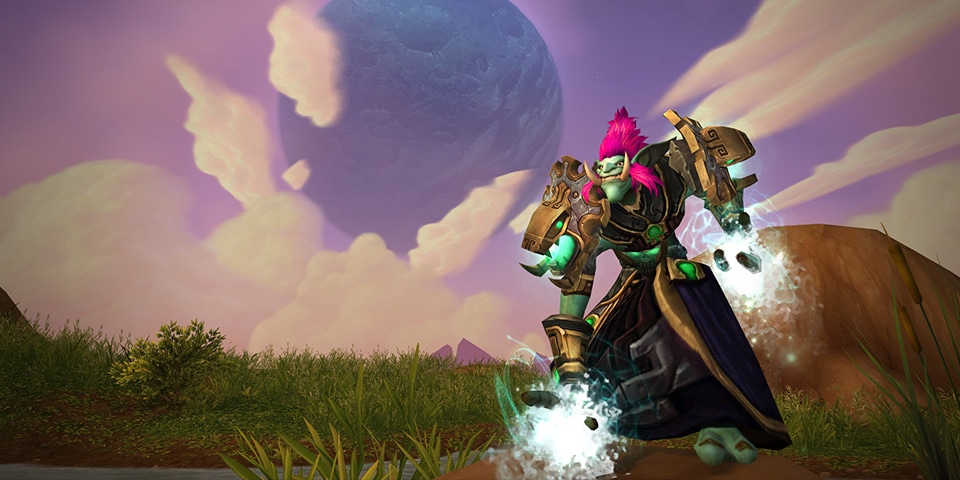 Some shaman find a serene affinity for the restorative properties of water. These shaman do not necessarily seek the Light or turn to the divine, yet they feel a profound spiritual connection with the source from which all mortal life took root. So strong is their connection with water that the shaman is able to restore life and heal afflictions. They balance this with a command of the other elements, finding harmony in nature and purifying their allies as a tidal surge washes across a sandy shore.

Restoration mechanics are informed well by the themes of the spec, and we want to avoid disrupting what healers already like about it. What has changed has primarily been in terms of tweaking their gameplay in more fun directions. There’s now slightly more emphasis on targeted healing, and slightly less on Chain Heal spam. We’ve also significantly improved their talents, offering more impactful and varied options. Additionally, Restoration gains the most from the removal of totem restrictions.

To give you an idea of the Restoration Shaman in action, here’s a basic look at their core combat abilities:

Additionally, to provide a glimpse at how some talents may build upon this, here’s one example of a Restoration-specific talent: 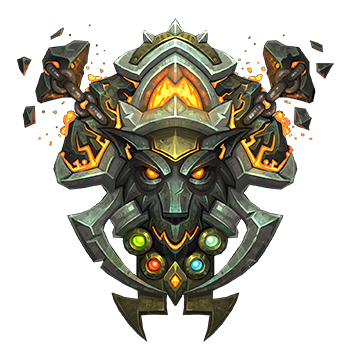 We hope you’ve enjoyed this early preview of our approach to class and specialization design in World of Warcraft: Legion. We’ll continue our review tomorrow with a look at Warriors, Monks, and Druids.