Welcome to the Resto Shaman specialization information page for the upcoming expansion – World of Warcraft: Legion. We hope to keep this summary page updated with new information as it comes to hand.

We’ve managed to capture some footage of a very early preview of the Shaman Class Order Hall. Remember this is subject to change.

Restoration Shaman wield the Scepter of Azshara, a weapon of great healing and restoration. Theirs is the way of harmony with nature and purification—but when conflict arises, this weapon will prove a powerful ally.

A powerful scepter created by Queen Azshara long ago, before her transformation into a naga. The scepter swirls with waters from the Well of Eternity prior to its corruption, granting the scepter great magical and restorative powers. The Scepter of Azshara was lost during the War of the Ancients, shortly before Azshara and many of her followers were swallowed by the sea. Taken up by surviving night elves who knew nothing of the power it truly held, it was buried with an unknown priestess in a family tomb in Azsuna, waiting to be discovered by someone that could unlock its true potential. 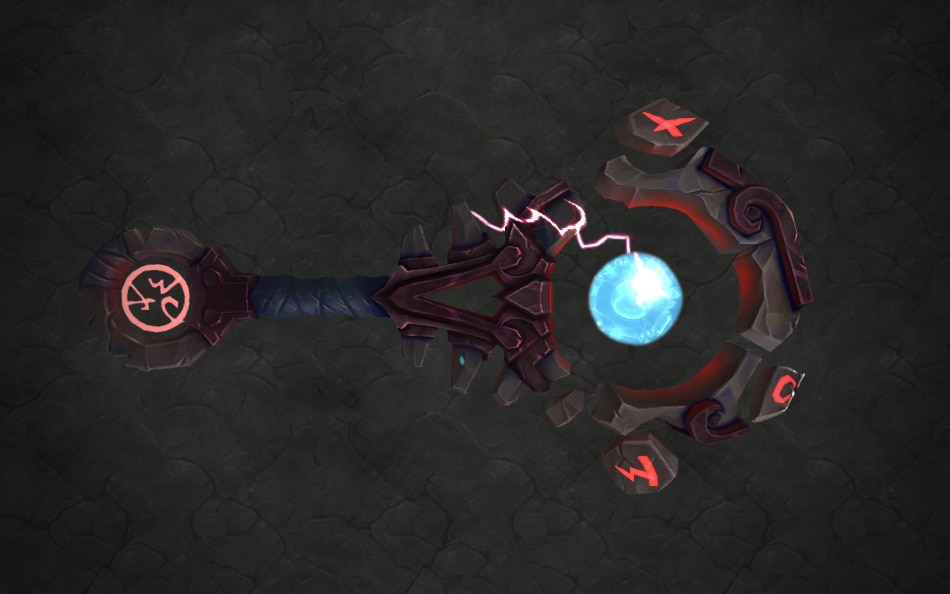